Finding your Passion in Filmmaking – How we began 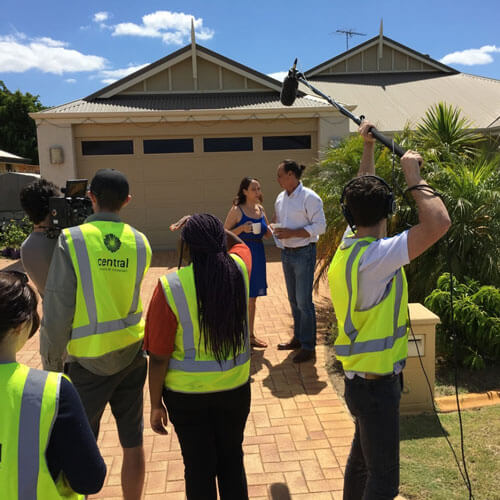 Having a passion is like having an undying commitment to something you enjoy doing. Finding your passion is a process. Usually, you start from scratch as an interest, then build a strong desire into a full-on love with a ninety degree learning curve. So the more you delve into it, the more intrigued, the more passionate you become. That passion could be film making, time lapse photography, direction, shooting, or anything you like, really.

Moreover, passion is one of the 5 personal values you must have to succeed within the filmmaking industry. So here are some tips and life examples from Matt Eastwood, Mark Renton, Murray Edwards…and me, Ross Tinney, that illustrate how  to find your your passion and develop it into a career.

Ultimately, the process of finding your passion unfolds in a natural way if you give opportunity to discover things you enjoy doing.

And here’s how a few successful film and advertising people found their passion for the film industry.

Films and tv shows as inspiration 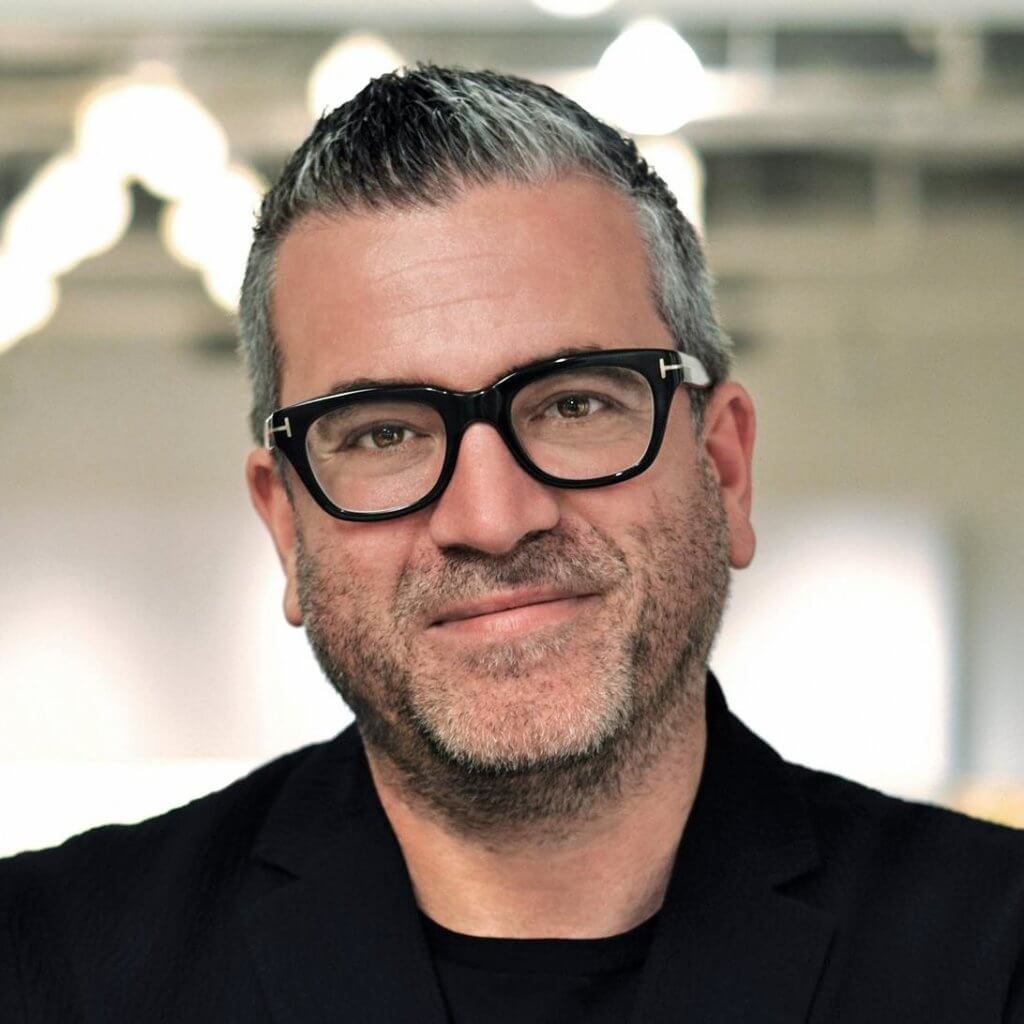 Matt Eastwood, formerly an agency writer from Perth and now Worldwide Chief Creative Officer of McCann Health had a clear vision from early on.

“I was really lucky in that, when I was younger, I knew I wanted to be in advertising from about the age of 13. I don’t know what motivated me or what got me into that space. The only exposure I ever had was watching Darren Stephens on “Bewitched,” and I always liked that job. I thought, that looks like fun.

So it was actually a very direct path for me. While my mates were undecided on what they wanted to do, I went from school to University where I did my Bachelor of Arts in Design & Advertising and started working, so I didn’t waste any time getting into it. And I’ve loved it ever since. It’s nice to know what you want to do at a very young, and dive into and still love it 25 years later.” 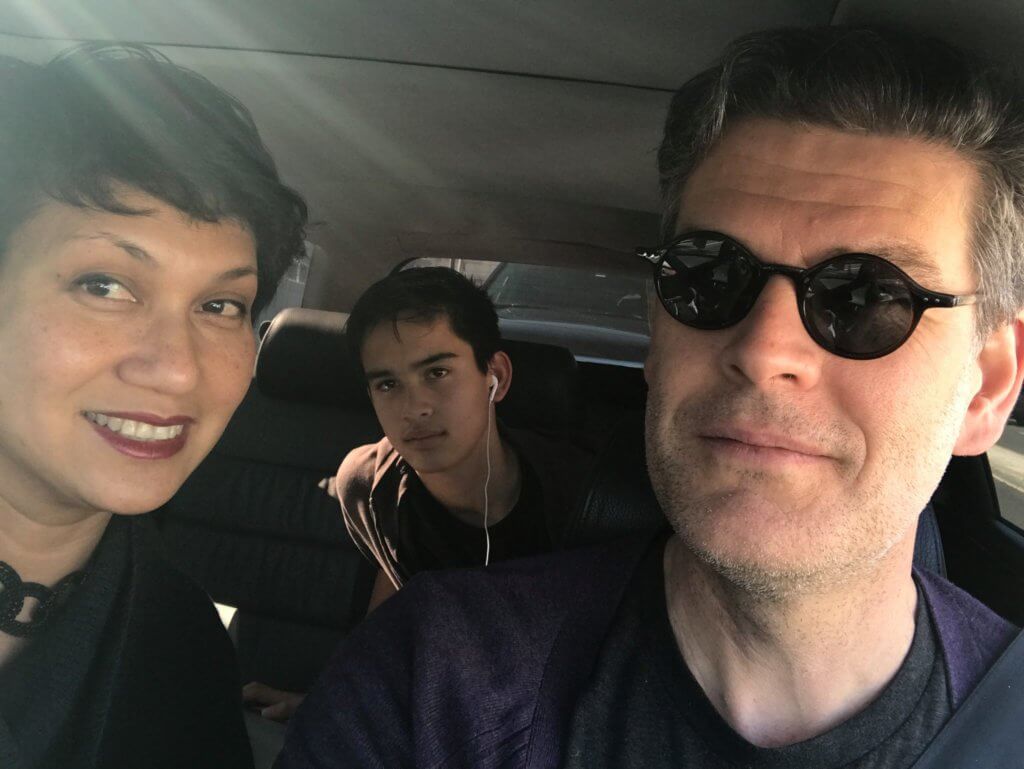 Similarly, Mark Renton, Visual FX supervisor in Hollywood had a passion for film from early on.

“I am currently surrounded by robots where I sit right now. This is a Japanese live action series called “Johnny Sokko and his Flying Robot” that came out when we were in kindergarten. I have a twin brother, and we would sit and religiously watch it. It was from that point on that we were hooked on robots and, because there was no internet at the time, we were trying to draw what we could remember the robot used to look like in every series.

That kind of sparked our imagination to try and do something special, or try and create stuff out of nothing. And we used to have friends who used to have super 8 cameras so we’d always try and do stuff with that and when video came out I was the video boy at the grammar school and try and do special effects as well.

The film “Star Wars” is the ultimate cornerstone of the reason why I ended up doing what I wanted to do. Our parents booked the tickets. We had reserved seating, I remember, the day we went to the movies. So we all got dressed up, then the short film before the feature came on, then the feature came on and that was it!!!

We saw “Star Wars” that night and I remember being glued to the screen. When our parents drove us back home, I looked out the window and I said, that’s what I want to do….visual effects. And I remember thinking, I have no idea how I’m going to get there but I’ll figure it out as I go along.”

Films have been a very major part of our life; we think breathe, edit, everything up here. There’s timing, there’s music we listen to, reasons why we listen to music at certain periods of the day. It plays a very big influence of what we do from day to day.

Learn new things. It gives variety and who knows, you may stumble upon your purpose. 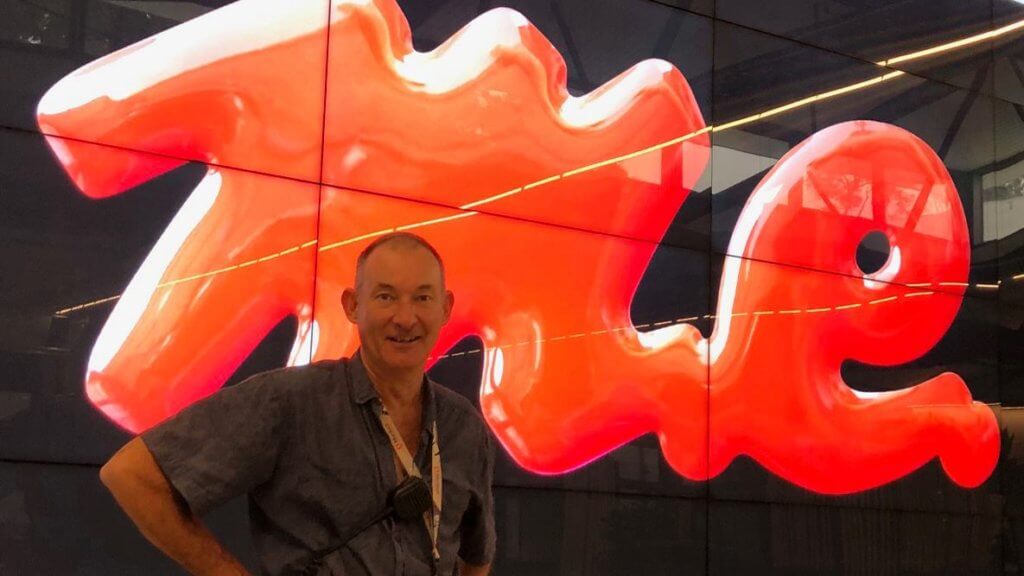 Murray Edwards, seriously talented film art director, had no idea what he wanted to do.

“For me it started all the way back in high school, where I had very little idea of what I wanted to become. When others were deciding, “I want to be a fireman, I want to be a police officer,” they had definite, clear, career goals. I didn’t. I couldn’t work it out.

But I guess, if I knew then what I know now, things would have been a lot easier. And I’m referring to the anguish that a young person might feel when they’re trying to decide what they want to do with their life, trying to understand just what they want to be. If I had known then that I had this creative bent, I would have just let it flow and not suffered all this anguish.

So I was intensely creative but I didn’t know that at the time. But I was lucky enough that the high school I went to was new, and it had adopted a lot of new philosophies. They ran a really good drama program and I got caught up in that. I really enjoyed the drama, school, the acting and performing. I think it was something to do with the freedom of it.”

Putting what you learn into practice

“In my last year of school, I directed a school play and I remember that moment of, “this is what I want to do: I want to be a director.” And in those days it was all about theatre for me. And I decided in all my wisdom as a fifteen-year-old that, if I was going to be a good director, I needed life experience, because that’s what directors should draw from.

So I left school and went to Perth College and studied theatrical art and design. Because my theory was, that as well as life experience, a director should have a clear understanding of the back stage stuff. I remember my first day there as this fresh-faced kid who knew absolutely nothing, plunged in amongst Perth’s thespians. The gay scene, the lesbian scene and all the weirdos of the theatrical scene were there, and it was this incredibly colourful place to be. I really enjoyed it from that moment onwards.

So I was trained in scenic design; scenic painting, scenic construction and during those years I did a part-time acting course so I got on the stage as well. I came straight out of school and into work, getting a job at the Opera Company in their workshop as a set carpenter building sets. I was 18.

There, I honed my construction understanding by building massive sets for the Opera Company and the Ballet Company, learning the basics of working with timber and steel. By the time I was 20, there pretty much nothing I couldn’t build.”

How to develop your passion

Passion requires commitment. Because a decision without a commitment is merely hope.

Everyone starts with a dream.

I got a guitar from my dearest Nan, at age eight. My brothers and sisters had opportunities to play musical instruments, too. My younger brother Terry played the piano accordion quite well … for a few months. And my two sisters, Vicki and Deborah, dabbled in piano lessons but their desire petered out after a time.

But I stuck to it. And after six months of strict, over-bearing guitar lessons, highlighted with ruler-bashingon- knuckles from a witchy-looking lady round the corner, Mrs. Anyon, I took it upon myself to teach myself.

Well, this required a lot of effort… time and effort. Hour after hour, night after night, nestled in my
room… after homework, of course. Strumming, picking, learning Elvis and Beatles songs, until blood sprayed from my fingers.

Later, I found out that I could sing, as well, which became a double act of pain throughout the house. But I was happy, and became a bit of a recluse as a result.

You may have multiple passions

Then, on Sunday evenings, I would snuggle up in bed and listen to the British radio program, The Goon Show. Peter Sellers, Harry Secombe, Michael Bentine, and Spike Milligna, (the world-famous typing error). Just the quirkiest humour ever: I used to laugh myself to sleep.

But I did wake up, went out and bought all their LP’s (vinyls if you like), and learned all their jokes.

“I was led through a grass curtain and across a floor, so cunningly laid, that no matter where I walked, it was always under my feet.”

“What time do we arrive in Kowloon?”

I didn’t become a professional singer, a guitar player or a stand up commediant. Instead, I used my passion for music and humour into my other passion: film directing.

So what film production skill had the guitar taught me? Timing: the need for slow bits and fast bits. And how crucial music is for enhancing the emotional landscape of your life, which was essentially a film without sprockets.

Similarly, with my love of The Goons, and eventually Monty Python, I had embraced another passion and skill set. That being the art of humour, applied to the productions I direct. Creating a bond with the crew or clients in a film set, promoting a natural leadership skill, giving my own input to scripts and so on.

To sum up, find your passions and weave them into your job, bring your emotion into it. They will become powerful skills that will bring your talent to your best.

Ultimately, life offers many opportunities to develop a passion, for whatever career pathway you choose. Sometimes those opportunities are obscure to begin with. You only realise them down the track, when you are perhaps at a crossroad in your life. But a mixture of passions (music, boy scouts and a quirky sense of humour, for example) can blend together to create a powerful love of a job. Which suddenly becomes a hobby. So take a look around you and take in what you have achieved so far. There just may be a career passion staring at you.

Lastly, if you would like more information about the many different roles within production, check out my post on “Who does what in a film crew?”.

Take care, work hard and be nice to people.