Scene Blocking: what to consider, when and why to do it 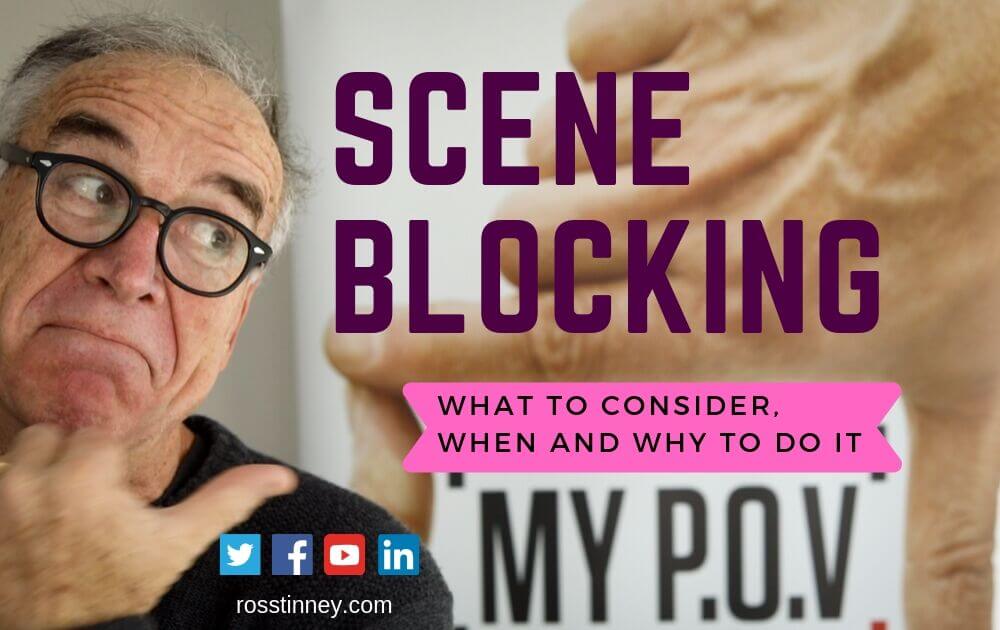 (1470 words – 5 min read) So, you have a script, a screenplay, an advertising agency storyboard, or written images, and now it is time to bring it life, to translate these words onto the screen. By creating a sequence of different kinds of shots—wide shots, medium shots, close-ups, tracking shots, high angle/low angle shots—you tell a visual story. That’s scene blocking.

It is up to you, the director, to look at the needs of the story and work out what is going to give you the best emotive outcome for each scene.

What to consider when blocking a scene 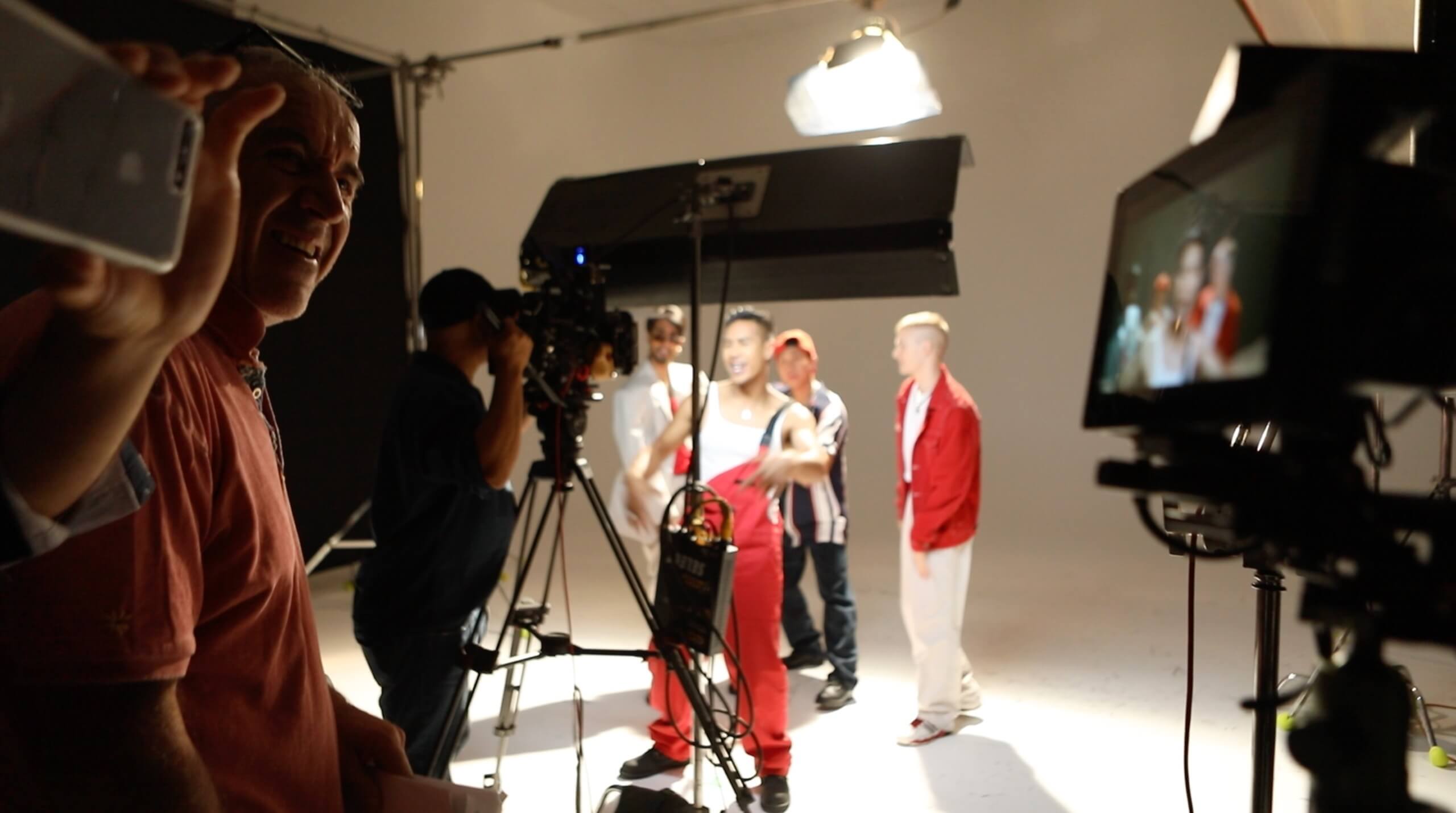 The camera angle determines both audience viewpoint and the area covered in the shot. So, each time a camera is moved to a new setup, two questions need to be answered:

A cleverly planned camera angle can heighten the dramatic visualisation of the story. A shoddly-picked shot can confuse or distract the audience.

Who’s in charge of picking the camera angle

Now, since the cameraman positions the camera, it is generally he or she who makes the final decision on viewpoint and area, based on the director’s wishes. Directors vary in their approach to the camera angle question. Some leave it up to the cameraman, while others work more closely with the cameraman in arriving at the precise placement for each shot.

For me, when you hire a Director of Photography, that’s what you should get: a director of photography, not a camera operator. It is quite frustrating when, having briefed the camera person on a camera angle, the size of lens, and the depth of field, they still wait to be told the area to be framed and what to focus on.

I do like the collaborative relationship though, where you rely on input and opinions from the DoP. The director has so many things to consider on set that it is comforting to know that someone else is thinking about the story, too. 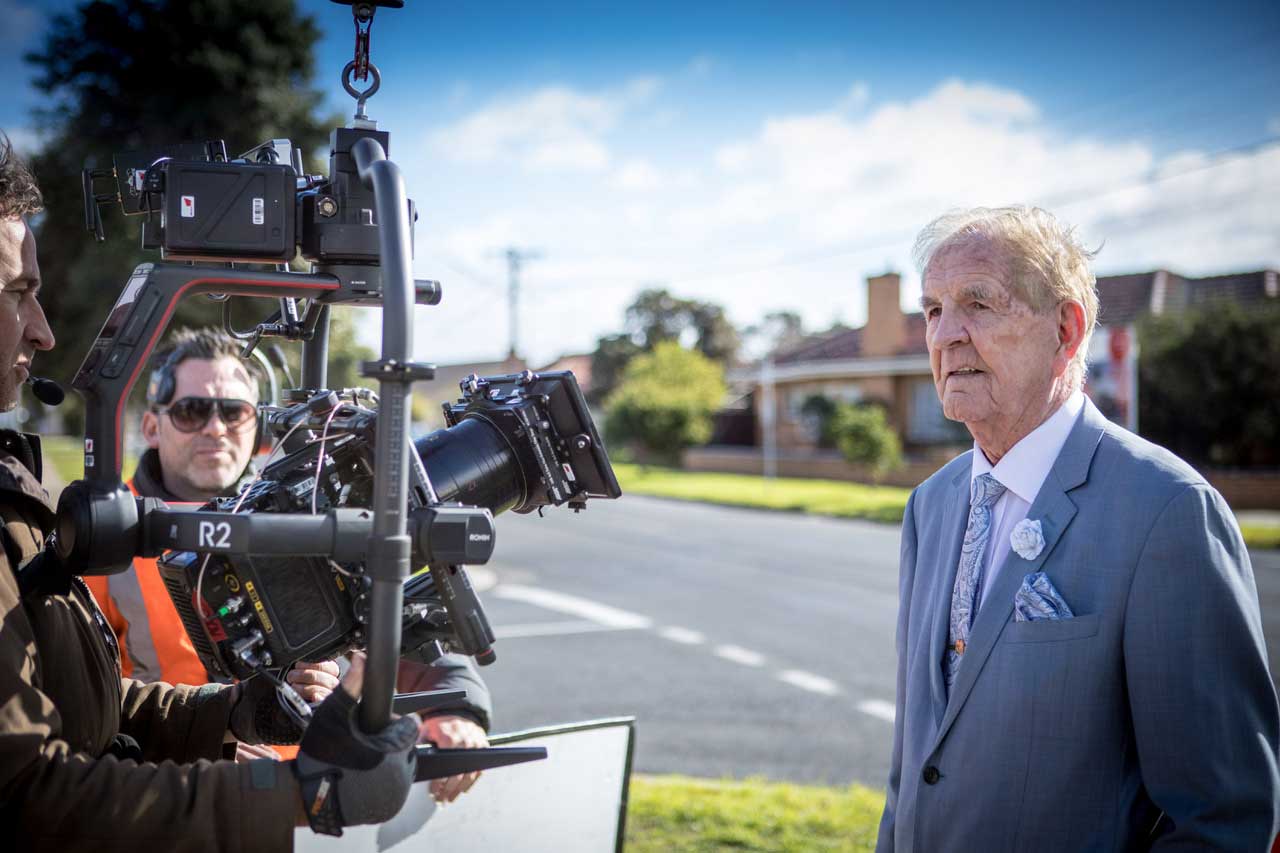 And it is most important that directors know not only the camera angle that best communicates a mood in a scene, but also the type of lens to be used.

For example, a 14mm wide-angle lens close-up of a person with a wide depth of field (that’s the amount of the shot that is in focus) has a totally different emotional take-out for the audience than an 85mm lens with a narrow depth of field. And try not to be too clever or slick with your camera shots, to show how innovative you are. The audience will turn off. The best camera angles are those the audience is not aware of. It just flows.

But it’s more about trusting your instinct and common sense. You wouldn’t be on a high-angle wide shot of a woman crying emotionally, when you want the person’s feelings to fill the screen. If you want the viewer to linger in the moment, to bathe in the scene, then we can use a camera dolly, without cutting. Or, if you want to hasten the pace of the story, you use lots of different angles and cutaways. Today’s films are much faster paced, and the audience is far more sophisticated, so it is important to involve the viewer more deeply in the story and more quickly.

Example of scene blocking for advertising

Even in the frantic-paced corporate world, the viewer, who was content to sit down and watch a 15-minute video about a company back in the 1990s, is so time-poor and so much savvier nowadays, that he or she needs to be entertained, educated and informed in a quarter of that time.

I recall a commercial that I directed for an Indonesian client where the agency storyboard had a number of shots of a little boy watching TV with his grandma, while he casually mixes a sachet of powdered milk. Then, his mother walks in and asks the grandma, has she made his grandson his milk yet? To which he replied, “Uh huh.”

So in my director’s treatment / scene blocking, I suggested a one-shot commercial, where we match dissolve between the boy’s actions. Meanwhile, the grandma is totally engrossed in the Indian Bollywood movie that we hear off camera, but never see. The boy is also engrossed in the movie, but he manages to watch and react while making his cup of milk at the same time from a water dispenser on the edge of frame.

Casting as an essential element

The casting was so crucial. We searched far and wide, and found the cutest little boy who could deliver the understated performance I was looking for.

The commercial went on to win an award for direction.

So you can see how the blocking of your initial shots in a rough format can evolve quite simply into a work of art.

Here is the full commercial:

Apps and gadgets for scene blocking 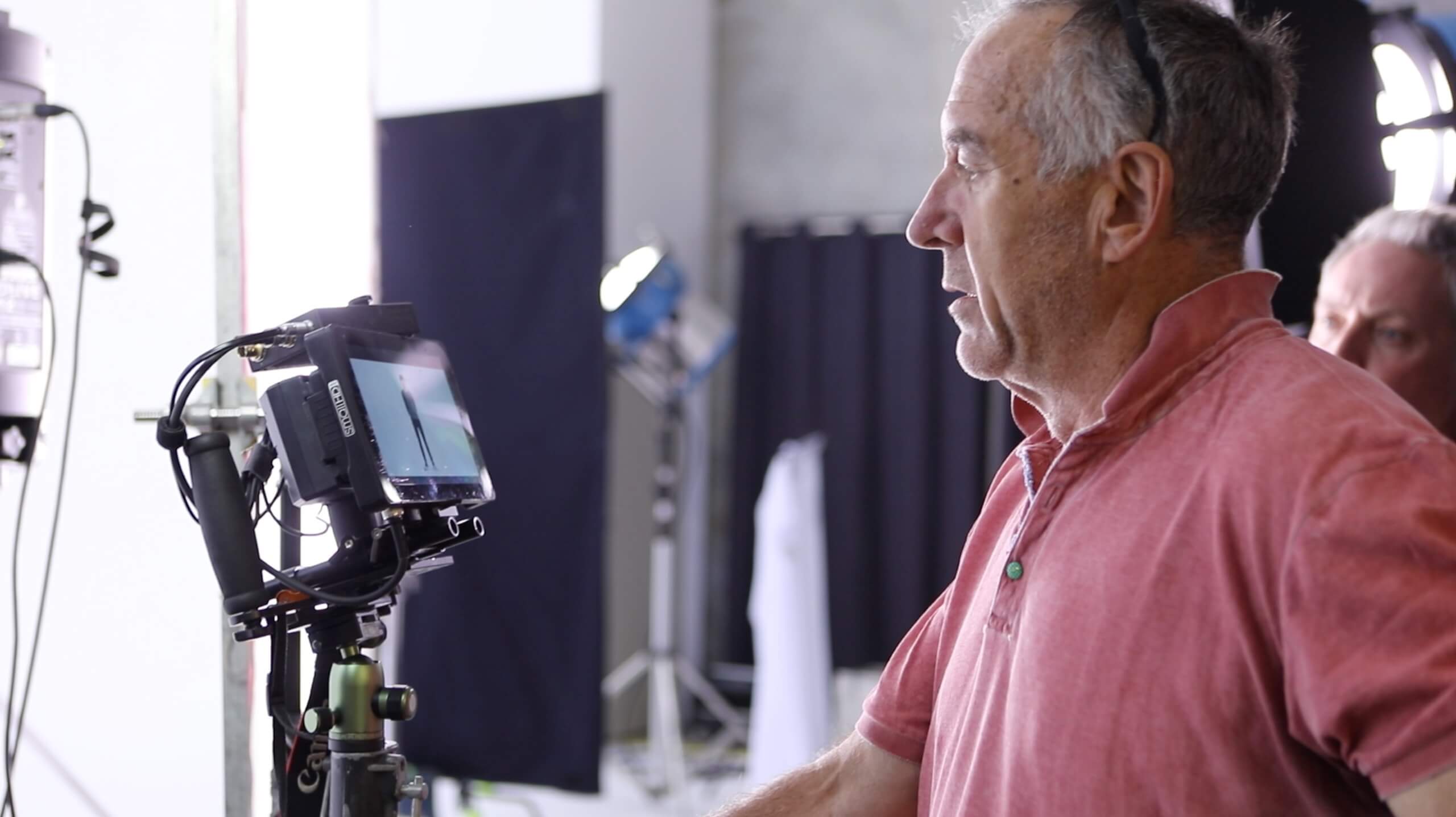 There are now even simpler ways of blocking your shots. An app called Shot Designer offers you an easy-to-use electronic platform on iPad and smart phone for creating your framing, even to the point of timing each camera move.

The Artemis app is another great tool. This enables you not only to block your shots with your ipad or iphone, but offers you the ability to select the correct lens along with camera formats, then store the framings for quick retrieval, and even utilise GPS coordinates.

Another great shot-blocking assistant is the director’s viewfinder. It does away with the need to cart your entire camera and lens kit to a location scout, a tech reccy, or even the next set-up. The only downside is its inability to store the data for later use, whereas, if you are using a DSLR as your primary camera, you have an instant director’s viewfinder; just attach a lens, flick it into Live View, and shoot.

When and why to block your shots

Actually, when is the best time to be blocking your shots, bringing your written images to life? The sooner, the better, I say. The sooner the heads of departments in the film crew can see what the director is imagining, the sooner the DoP can start to think about gear, the production designer can start designing sets, the wardrobe department can get an insight into how big the extras scenes are and, hence, an idea on costuming.

Similarly, the gaffer would be able to start fine-tuning his lighting inventory.

“There are many tools in a film maker’s toolbox that you can use, and the various permutations of those things each deliver a different piece of communication. That’s what’s so fascinating about it to me. You’ll put something on a really long lens, with a little bit of a foreground element, and it looks like we are observing something. It has a very different feel to when up there and right on top of them.

I guess you work out your style … it’s that tasting I was talking about with a certain sort of range of lenses. I tend to go slightly longer than wide; I never use wide unless it’s a huge wide shot and you can’t really tell and it’s just to get a scope. But I find blocking the shots is about efficiency of communication, and about the flavour and tone; this is what you’re trying to create.

You’re at once trying to deliver the idea, structure the communication the way the piece needs literally to go together to make sense. Then you’re also adding a layer of taste and style and tone and feel. When you layer all those things together that’s kind of what’s going through my head. If we do this wide here, and go a little more intimately here, a little more hand-held on this little more emotional moment it starts to feel more real and has more power and so on and so on. That’s pretty much what happens.”