The importance of a good film producer 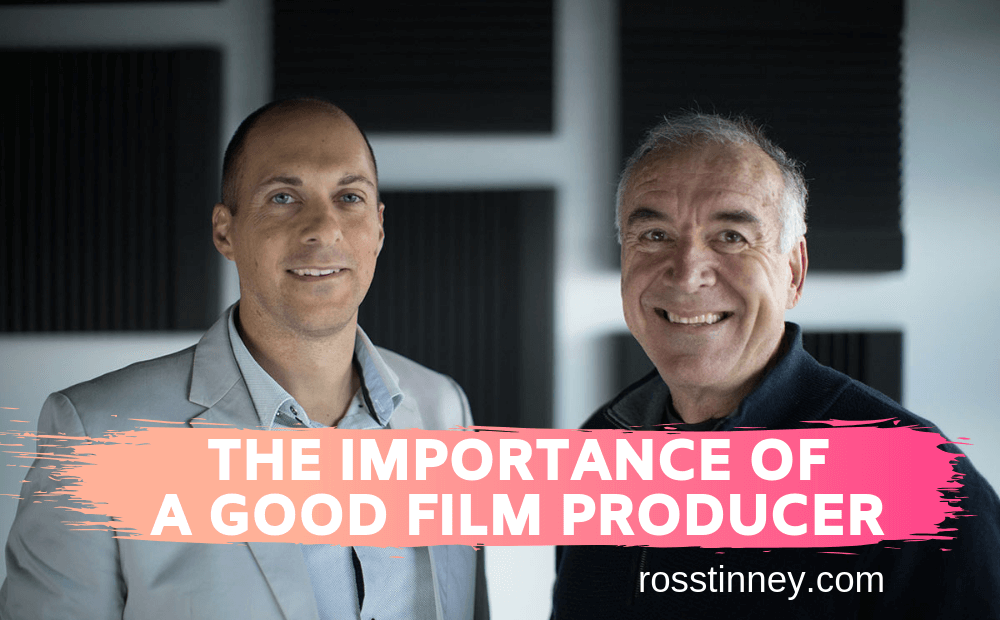 (2062 words – 9min read) Within a film production crew, all roles are important and you hope that everybody can perform their function well. But if there’s one good professional you absolutely need to have by your side to make things happen, that’s the producer.

Starting a business: why you need a good film producer

So you have graduated from film school, landed a sweet job in a production company as a director, camera person, or a myriad of other roles you had set your heart on and you suddenly have the urge to go it alone; to set up shop with an arty farty title on the front door and go make stuff for clients who will pay you heaps.

“I can do this. It can’t be that hard. There’s heaps of freelance videographers, directors out there doing really well”.

Yeah, well you may be a really creative director, DoP or film maker but that’s just a small part of the long journey.

Here’s a few things you will need to consider:

How on earth do you do all that yourself on a daily basis and remain sane?

Secret: always surround yourself with people who are smarter than you, coz trust me, you don’t have time to do all this shit.

In other words, what you need is a bloody good producer.

Ok, so what is a producer?

The dictionary describes a producer as ‘a person responsible for the financial and managerial aspects of the making of a film or broadcast or for staging a play, opera, etc’. It goes way further than that. 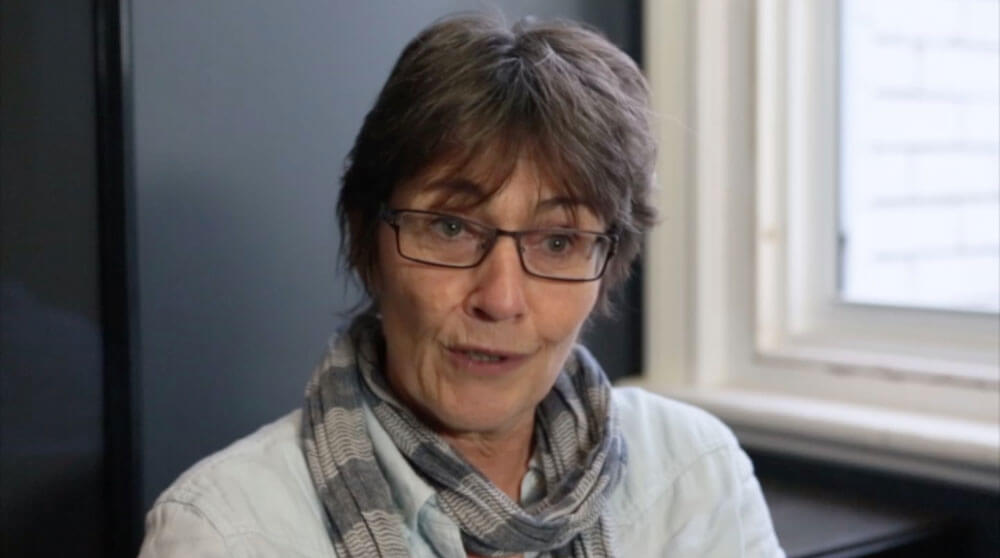 But really, as a producer, you are the overall project manager and often the creative driver, depending on where the idea has come from. But it means that you have to take full responsibility from often the kernel of an idea, right through to the very end of the delivery of that idea, right through to reporting on the financiers to that project. Maybe 10 or 15 years on, when everybody else who’s been involved in the project has moved on, but you’ve still got it, it’s still your baby.

So it is a bit like having a child, you never quite know how it’s going to turn out but you still have to love it. And you still have to find ways to keep that kind of enthusiasm up across what will be enormous numbers of challenges of ever getting it made. Because in reality only 10% of what you develop might ultimately get made.

But that sense of a producer being someone who has a much more of a creative involvement than a lot of people realise. A lot of people think producing is actually just putting the nuts and bolts together for a production. That’s aspects of line producing and production management certainly but it’s not producing and it’s really important that people understand the difference.”

Extremely insightful description from Sue (more about 32 production roles in another post).

Ok, now let’s get TVC director Simon McQuoid’s slant on how vital his producer is. 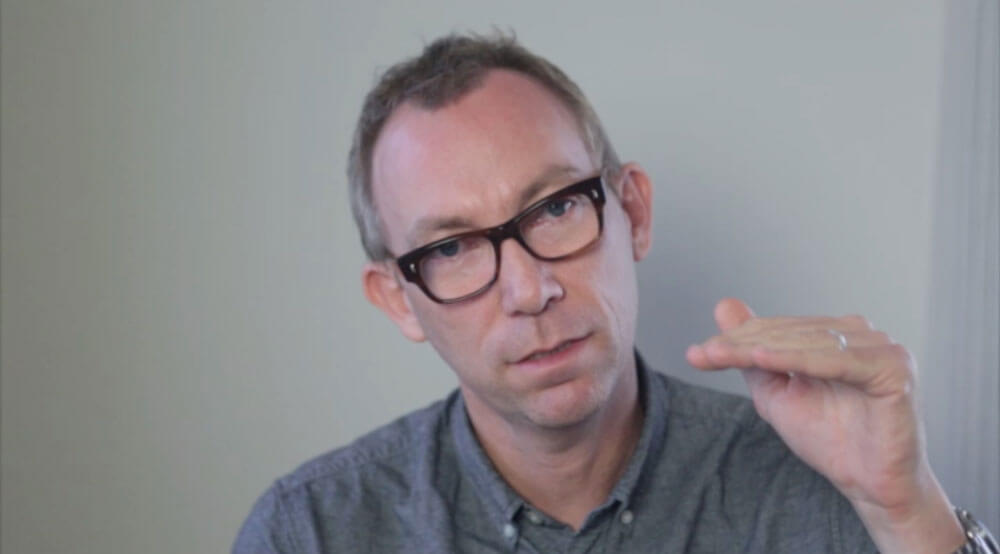 “The producer is incredibly crucial to the production. Not just for the sheer basic work that they do that makes the production happen, because if I’m just involved, if I don’t have a producer, nothing is going to happen. They allow you to stay within your brain, to make sure you are staying in the creative place all the time.

So the best producers are the ones that know that, and allow that to happen. But also have the ability to sort of pass on the basic nuts and bolts that you need to know as you go through that process.

I work with a few different producers but mostly the same producer most of the time. That’s because she knows me, understands me and knows how I think. And because she does that, we can work together well. I find that easier. I could go on forever about producers…:-)…yeah, I love them”.

Simon is about to embark on his feature film debut, as director of New Line Cinema’s Mortal Combat movie. Overall, the producer’s role will be same same. Just on a larger scale and with more challenging marketing and distribution boxes to tick at the back end.

Directors: learning to work with one or different producers

Over the years, I’ve had numerous producers; sometimes the same producer on numerous TV commercials. Why? Because at RT Films in both Australia and Indonesia we had one, maybe two, in-house producers.

So I got to build a strong understanding with the same person and consequently got to create some great work as a result of that bonding. I knew their role, they knew mine.

On other occasions I was a freelance director. Such as in Vietnam, Thailand or Malaysia. Me the hired director working with a production company’s in-house producer. Different producer, different country, different languages, different cultures but all working towards the same outcome. Always to ensure a smooth, professional, on-budget production, creating a quality result and in turn, exceeding the client’s expectations and thereby winning more work.

And so the commercial wheel turns. Ya gotta love that wheel!!!

I’ve been a director for a few decades now and I have to say, my success on any given project is totally and utterly dependant on me having a great producer at my side.

Yes, your DoP is vital, the gaffer is crucial, the editor and actors need to be class acts. But if your Producer doesn’t get the very best of those people your budget can buy, you are destined for mediocrity.

Let’s find out a little more about a the producer’s role from my producer, Troy Zafer. 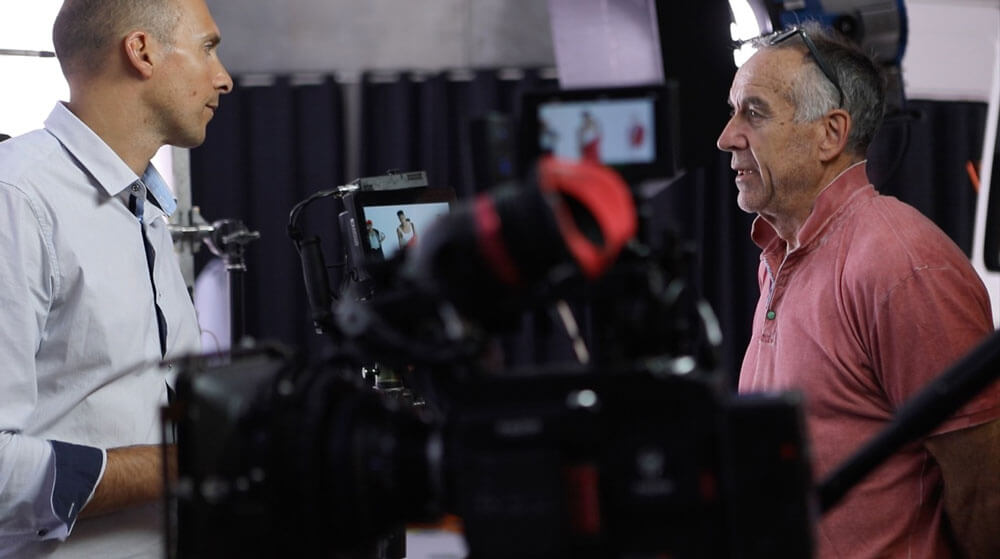 In broad terms, what is your role as producer?

A Producer does this by providing the Director with the necessary resources (talent, crew, locations) required to bring that vision to life whilst ensuring that it is delivered on time and within budget.”

We are currently in the middle of post-production on a project for a Melbourne client. It’s a branding TVC complete with professional actors, in-house talent with limited experience, along with a first class, international DoP and crew. It’s been two months in preparation. Troy has guided every process, from quoting, scheduling, sourcing talent, liaising with client, ad agency, freelance writer, casting agents, crew…then sharing all that communication with me. Together we have made decisions both small and bloody huge, including weather calls on which day to shoot which scenes, as well as arranging for social media shoots that run parallel with the TVC production, all pivotal to the overall media strategy.

Back to Troy Zafer. I drilled him with a few questions.

Where did you draw your skill set from to become a producer?

“I studied a Marketing and Management Commerce degree at university which I feel has been beneficial from a commerce / business perspective to manage budgets. Whilst the marketing units helped with the messaging / communication aspect of storytelling. And the management units helped with working with cast and crews.

Beyond my university studies, learning on the job is the best way to develop skills. And over the past 20 years and 500 plus productions I hope that I developed an adequate skill base.”

You’ve produced many animation projects through your company ZAC Creative, as well as live action TV commercials. Do the producer roles differ in any way?

“Whilst the final output between animation and live action might be different the process is very similar in regard to understanding the Director’s vision and bringing the necessary resources to the production to assist the Director. I still need to attract and recruit a crew (storyboard artists, illustrators, animators, compositors as opposed to DoPs, Gaffers and Grips) and cast and manage budgets and schedules.”

How to become a producer

If you were to advise a student on how to become a producer, what would that advice be?

“Nothing beats real life experience. So I would recommend getting on set as often as possible. Whether that be on other student productions or volunteering for free to get on a professional production to begin with. Then continue to network with other current and former students and build a network with experienced industry professionals who might take you under their wing.”

(By the way, you may find my article on the do’s and don’ts of work experience useful).

“Most importantly I would advise a student to understand that whilst the creative production industry can be very fulfilling, getting productions funded, produced and distributed can be a long and very frustrating industry at times so be patient and resilient, don’t let 99 ‘No’ answers put you off because the next answer may be the ‘Yes’ which green-lights your project.”

(More on persistence and perseverance here).

What life skills are vital for a producer?

“To be a successful Producer, I believe you need to be a team player who knows how to lead as the buck stops with you so you need to be able to make decisions. You need to be organised and prepare well during preproduction to ensure the production runs as smoothly as possible. You need to have a strong work ethic as the job is not a typical 9-5 job. And you need to deal with change and expect that you will be presented with unforeseen challenges. So you need to be the cool head who can handle a ‘crisis’ when it appears.”

Social media is very much a part of all productions nowadays. So what does todays producer have to do to adapt to this environment?

“In the world of advertising you have to be capable of producing more with less resources (time and money) than in previous years. Besides, in addition to producing the standard TV ad format you will most probably have to deliver the client with additional behind the scenes footage and additional edits which can be used on social media platforms.

So do the math, whether you’re an animator, director, videographer or wanting to become one of those. Ultimately, finding yourself a sharp Producer with great communication skills, someone who handles money well, works hard and most importantly respects you as an individual (creative and emotional), can be the best investment you will ever make.