My role as an actor – with a director’s hat on 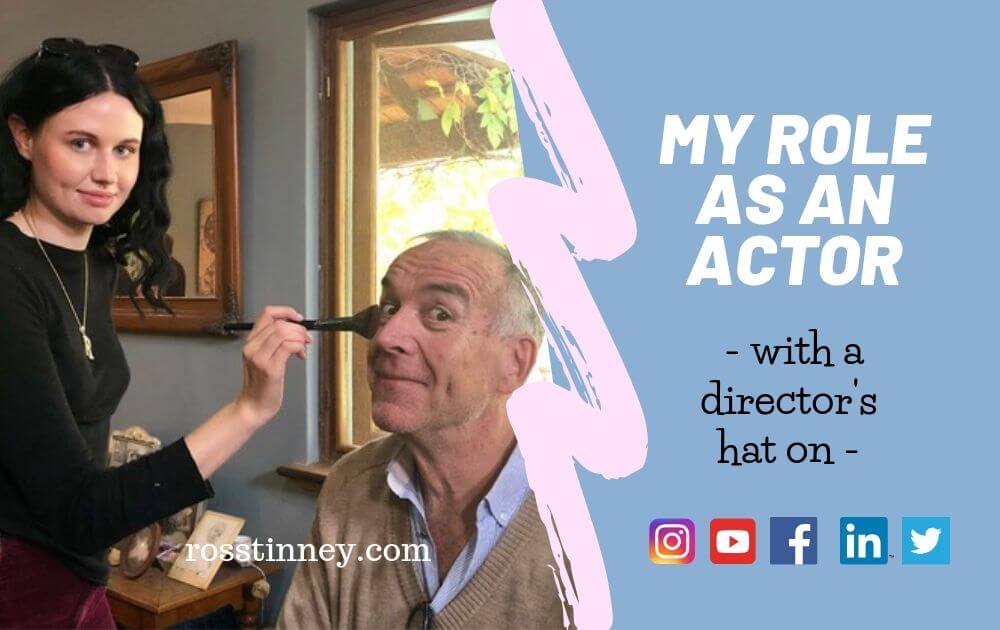 (1105 words – 5 min read) This blog is a little unique. It’s about my experience in acting. Expanding my perception of the role of an actor and how this person impacts and is impacted by the whole film crew.

Building up skills in the film industry

I have been a director for 40 plus years and the past 10 years I’ve added editing and shooting to my list of can do’s.  Why?  Because the market dictated that I be more adaptable, multi-faceted. Smaller budgets, higher expectations.

Yes, I could have stayed a freelance TVC director and hounded the local and Asian markets into my 60’s but that would have been small pickings in a competitive market. In other words, I would be a landscape gardener by now.

And if you recall from a previous blog, you need a great producer to have your back and sing your praises.

So I diversified. It’s worked. I possess a much broader skill set and understand the film process much better as a result. And I’m financially buoyant. Not bulging in bucks, but buoyant, nonetheless.

But something was niggling at me.  I suddenly felt I had gained enough confidence to want to add another skill set…acting.

So, twelve months ago, I made a decision…to give acting a crack.

Why on earth would you become an actor at your age, you may ask?

Experiencing casting auditions from the other side

(5 min read) To date, I have auditioned for four short films, two TV drama series, one corporate acting role, three feature films and two TV commercials. I’ve been successful in three short films and the corporate film (check out my vlog on casting tips). Oh, and I’ve enrolled in a US accent class.

Auditions were either with a casting agent, in a studio with the director and producer, or a self tape (relying on family and friends to feed lines in the kitchen is a challenge. No-one, but no-one has the passion you have for this finite discipline. Care factor? Not much).

Most of the roles have been for a grumpy old man, either with alzheimers, dementia, or both.

They have been absolutely awesome.

All short films were student short films and each time, prior to me departing the house, Carole would remind me to keep my mouth shut.

‘You actor, not director’.

Yes, there were moments when I was surrounded by chaos, times I had blood on my tongue.

But I let the chaos wash over me. They’ll sort it out, and they did.

But what personal and acting skills did I arrive on set with, based on my other-side-of-the-lens experience as a director? 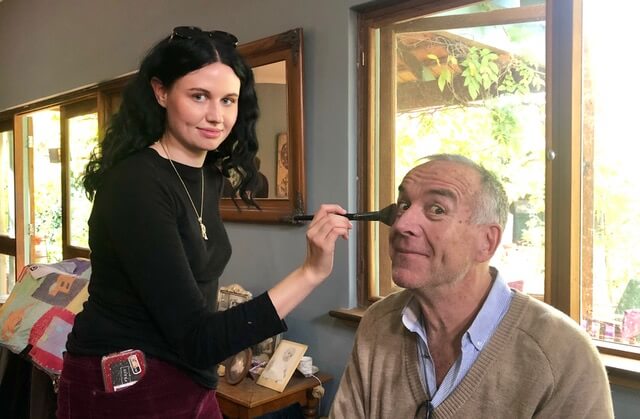 Film student Ruby Darge making me up on set of a student short film, Sundown

The role of an actor

So Ross, the actor…why were you there?

I was there to play my part in a magical journey; be that the director’s, the client’s, the whole crew’s.  Everyone is a stakeholder, in some degree or other. So my role as an actor was to: 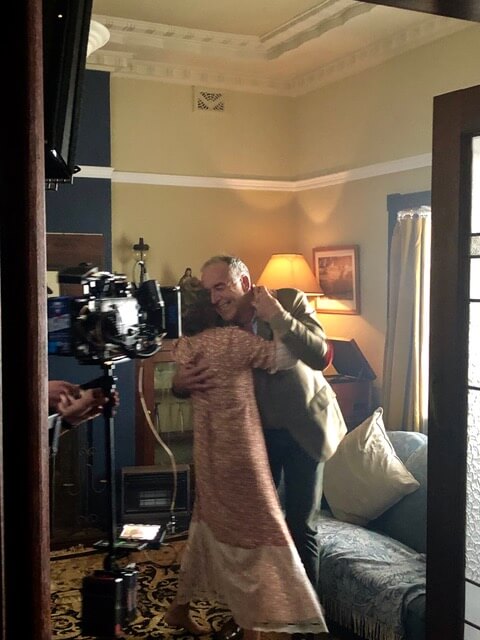 Because the biggest enemy of any film shoot….is time.

So good acting ethics impacts on everybody in the film process. A good actor is also a time keeper, and he or she is the glue that keeps the whole film crew united. I learned that, from both sides of the camera more from the director’s perspective on casting here). 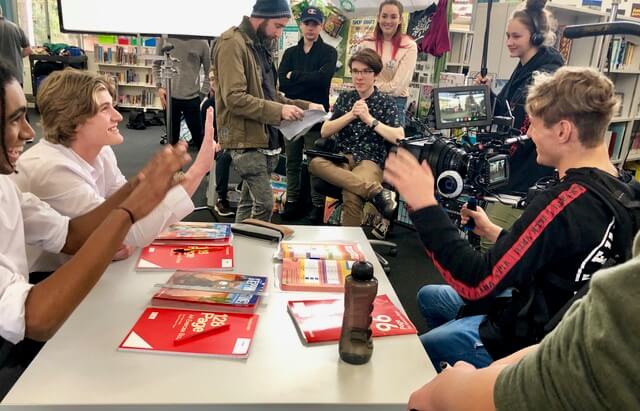 On set of The Announcement short film.

What else did I learn?

I learnt how special an actor is made to feel by the crew. You are given the red carpet treatment, even if you have a bit part. You are given space, moments to reflect, time to get into your role. Not too much, mind!

Time is the creeping killer, remember.

At the end of my scene, when I’m cleared to go, I’m farewelled as if I were a King. The fact I know most of the crew makes it even more special and how those same crew treat me like someone with a passion for this wonderful art of acting, no matter what role I’m playing. 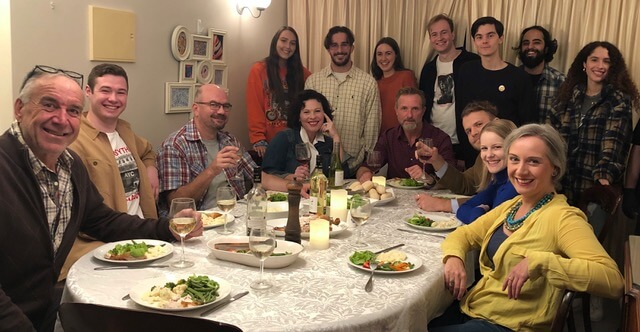 Cast of Dinner student short film. This was the pilot.

And that’s the thing I’ve learnt with my role as an actor, when next time I’m directing: